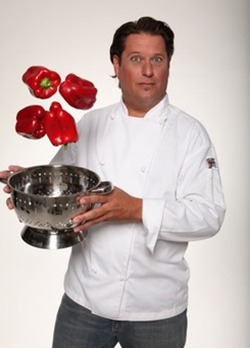 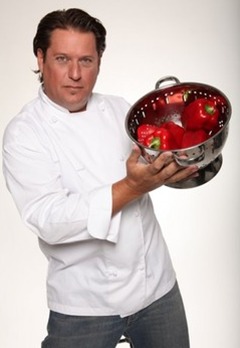 Porter Brooks is host and creator of Entertaining People, the break out food, wine, travel and style T.V. show now in global release since.  As a true Celebrity  "taste maker" Porter is renown as the Ambassador of Entertaining for his over-the-top food and style, creating amazing parties for his viewers to throw in their homes, worry free, every time. A frequent television correspondent and host, Brooks and his inspiring ideas about food, wine, travel and style have graced the pages of magazines and networks for years.

The show premiered on local stations in the San Francisco market in 2007 and has been seen by millions of viewers across the US and abroad. In each menu-based episode Porter throws a party in real time offering an insider's look at how to translate the world's rich and diverse culinary and style scenes to the home table. The guests are unscripted as is he is captivating with his style.

On air, segmented or in long-format, Brooks combines a lifetime of event planning, entertaining, and globetrotting as an architectural antiquities purveyor with solid culinary and camera experience for the foundation of his hit television series and guest news and talk appearances. As a seasoned "go to" news and lifestyle correspondent, T.V. guest and Celebrity Emcee for major private and civic events, Porter's stage presence is one that is loved by the young and old alike as he ignites and excites audiences every time. Known as a Red Carpet correspondent, celebrity attendee and Brand Spokesperson at events from New York to California, viewers love his approachable style, Culinary Performance, and engaging delivery of "how-to" tips and techniques as he Entertains The World One Table At A Time.

Coined in the Press as a cross between Martha Stewart and Indiana Jones, Porter brings his lifelong memories and adventures to the viewer and empowers them to entertain with jaw-dropping style and ease. Porter began his culinary affair at the age of 8 when he was given his first Betty Crocker's Boys and Girl's cook book and remained a self-taught chef from that early influence in his childhood and continuing during his many trips across the globe. Some of his fondest childhood memories are in the kitchen of his grandparents' restaurant. The tables of the world have been his classroom for developing his palate and culinary technique coupled with his deep passion for food, wine and style. Once bit by the food and travel bug, Porter weaved event planning throughout his career now spanning more than two decades. He is known as a true soul-chef, bringing his American roots and diverse cross-cultural European influence to the American table.

On the eve of the millennium, while living in Paris, Porter found his way traversing the globe searching for lost antiquities and treasures to adorn American homes with a design style found no where else. He became a resource to the world's most elite clients under his former brand World Relics Vintage Marketplace (www.worldrelics.net) located in Provence, France and San Francisco and today inspires the development of his retail line Porter William Home & Garden, a melange of his favorite gourmet foods, home, garden and culinary accessories inspired from his travels and featured in the show. His life having been spent uncovering the most unique and rare flavors and finds has now morphed into over 250 published recipes on television and web (www.entertainingpeople.com) resulting in extraordinary parties for the modern home.

As a highly sought after host, emcee, marketing and advertising professional and E.M.M.Y. Judge, Porter has worked on a volunteer basis and Celebrity Auctioneer and Emcee raising hundreds of thousands of dollars for multiple charities throughout his career with a special interest in the arts, equal rights and child abuse prevention organizations. He is often found working in Europe, digging up treasures and recipes in the most remote places but is always comfortable relaxing with friends at home. For the past two decades, Porter has made San Francisco, Arizona and the South of France all home. Where you can find a hearth, a fire, and water is where you'll find him creating memories to bring to his fans around the world. To experience Porter's style of Culinary Performance, click here: http://www.youtube.com/watch?feature=player_embedded&v=Pljt9XsHOKo